No Eggs? No Problem! 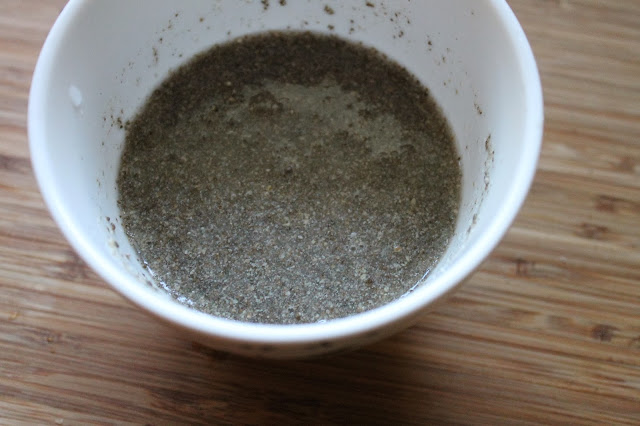 Since we've been changing our eating habits I've begun to have some random ingredients around the house. I'll be honest, the bag of chia seeds I purchased sat in the cabinet untouched for several months before I found a purpose.

And then I ran out of eggs.
Thanks to the good ol' interwebs I found out that that bag of odd black seeds would work as a handy substitute. 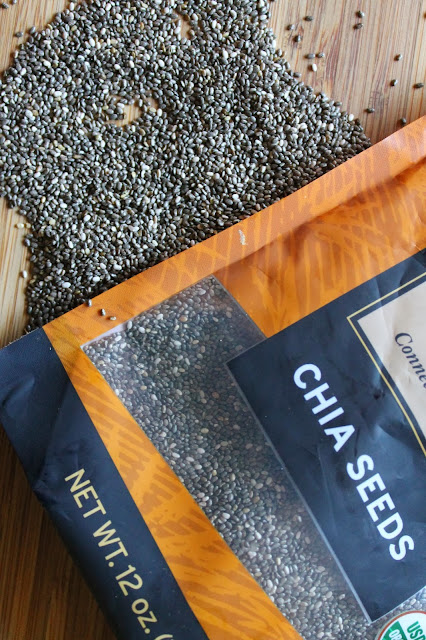 To Do:
Using a coffee or spice grinder (I supposed a morter and pestel would work as well), grind the seeds to a fine powder.
In a small bowl, combine the seed powder and water and stir with a fork until well mixed.

Let sit for 10 or so minutes until thickened to a nice eggy consistency.
Use as a single egg replacement and duplicate as needed. 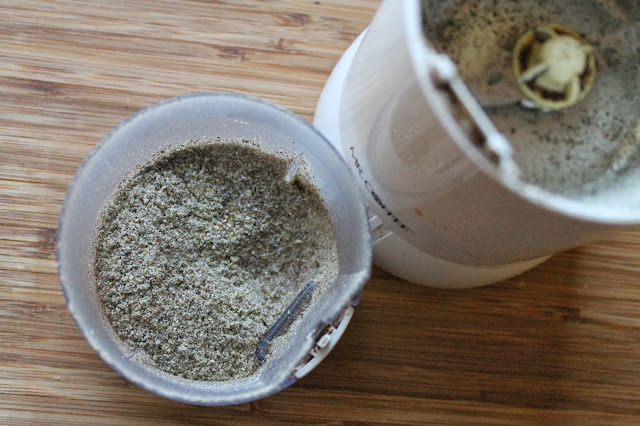 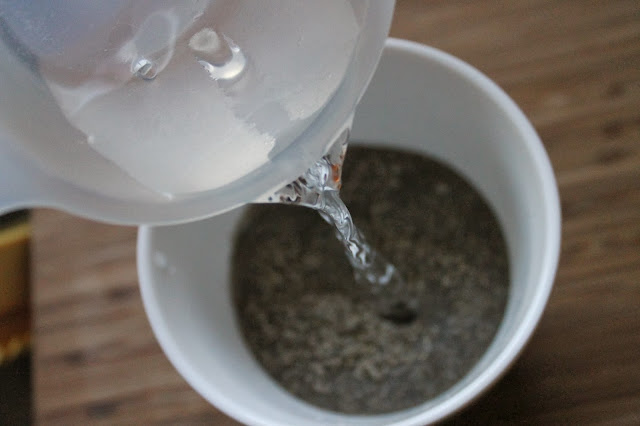 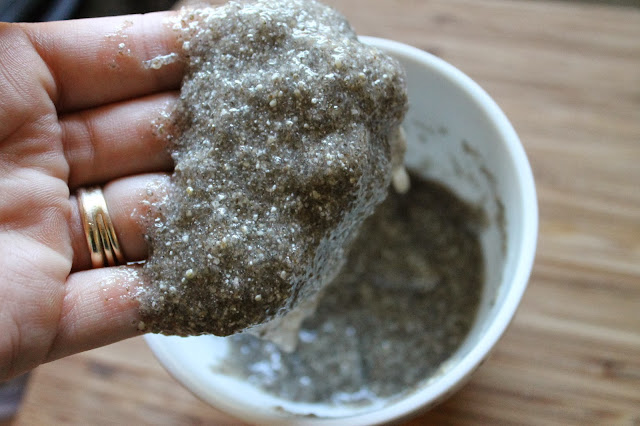 See, maybe oddball ingredients aren't so bad to have on hand after all!

I don't know about your house but in ours, the morning can make or break our day.
Unfortunately, many days don't start out ideally.
Maybe you can relate.
Baby wakes around 5:00 to eat then goes back to bed. I crawl back into bed desperate to suck every second out of the remaining half hour I have before I start the day.
Sometimes I get that sleep.
Sometimes I don't.
Either way... almost always... an adorable blonde child wakes far too early for either of our own good and, despite GREAT measures taken to darker her room in order to avoid this, is ready for the day and asking for "breffest". Shortly after, another beautiful blonde babe wakes, walks into the kitchen (where I am generally preparing breakfast at this point) collapses and curls up on the floor in nothing but his underwear telling me he's cold, and refusing to get dressed because he's TOO cold and insists that "watching something on the couch" will make all his problems disappear.
Yeah, right.
So after a bit of half-hearted fussing and fake tears, the oldest children get themselves dressed and generally leave their pajamas and previous night's underwear in the foyer. By now, "breffest" has been made and the little ones are ready to eat.
I put their plates before them and, inevitably, no matter what is on their plate before them, I hear "buuuuut I don't waaaaaant thaaaat!"
I politely inform them that "It's this, or nothing" and leave the room.
They quietly pick up their forks.
It's time to get the third child from her bed and bring her to join the party. The oldest three are eating and that allows me a bit of time to get the kitchen picked up from breakfast making; empty the dishwasher, start a load of laundry, get a bed or two made.
Then it's time to clean up and this sounds simple so far. Right?
Well.... this is also just about where everything unravels...
The kiddos want to play. The third child wishes to get dressed on their own but isn't physically capable of doing so alone, yet. There's a lot of fussing and yelping when help is offered.Then there's a lot of fussing and yelping when help is not offered. Meanwhile the other two run circles around the living room pulling out every book they can find and cover the couches, chair, ottoman, and carpet. As I'm instructing them to clean up the mess they've just made (which generally leads to one picking up and the other sitting on the floor cluelessly picking at an imaginary loose thread on the carpet) the third child has undressed and is trying to put her shoes on the wrong feet.
Oh yeah... and baby has awoken and is unhappy. 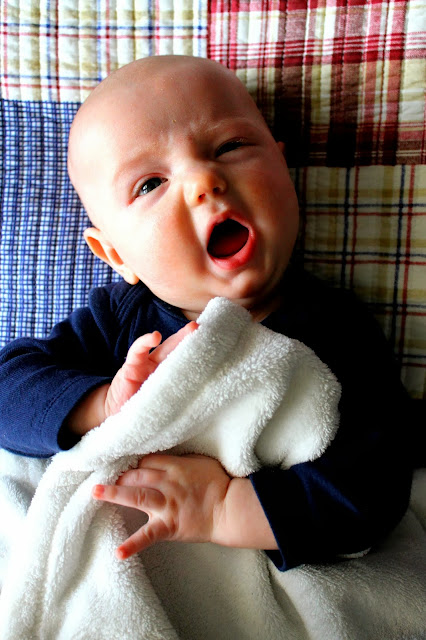 I ask the oldest, who has become distracted by the books he was told to clean up, to go to his room where he will find the baby, who is desperate to seek out and consume small scraps of lint off the carpet. The oldest is to open curtains and chat with the baby while I redress the third and try to get the girls' hair done.
Hair is an adventure in our home since there are apparently many, quickly shifting opinions on the color of hair ties, the number of "tails" that will be created, the color of hair clips, whether or not hair spray will be used to keep fly-aways at bay, and "What-on-earth-did-you-manage-to-get-in-your-hair?!-You-just-showered-last-night!!"
After much fuss from all three of us girls, their hair is near perfectly coiffed and I send the two girls to get their shoes on. At this point I go and open the van door in our secure garage and inform them they are to get in their carseats and begin buckling while I finish getting ready.
The oldest is sent to my bathroom so I can spike his newly "faux-hawked" dome-piece and while he saunters off I get the baby out and begin to change him which inevitably leads to a long and frustrating search for the baby wipes.
While looking for the wipes I hear the girls playing or fighting (depends on the day) in the garage and I head out to get both of the still-barefoot-babes locked into their seats where I can be assured of their safety. I throw two pairs of the easiest-to-reach-don't-care-if-they-match shoes I can find into the car with them (after all, they're just going to be taken off during the ride anyway, right?)
Now...back to the boys' room.
I seem to have misplaced the baby who crawls fast and hides well.
Meanwhile, I have totally forgotten about the oldest who is patiently waiting ("Bless you, child!").
I find the baby under the dining table picking at the previous night's scraps that didn't make it into the vacuum bag.
Hubs or I were too tired to notice whether or not the vacuum was even running when we cleaned the dining room.
I "wrastle" baby's wiggly tush and change him faster than a NASCAR pit crew and secure him into his seat and place him in the middle of the house to watch and judge the rest of my "getting ready routine".
I get my shoes on, grab water bottles, lunches, backpacks, diaper bags, grab baby, and car keys and load up the car.
As I return to the house to make my final sweep and head to the driver's seat I hear my oldest sweetly humming his history sentence as he's still waiting in our bathroom. I run back with profuse apologies, slow down just enough to spike his hair with product, and send him to get his shoes and buckle up.
At this point I SLOWLY stroll to the car because I am just happy for the few seconds of quiet and clean when the peace is shattered by one girls screaming at the other and the baby is, once again, not happy.
<deep breath>
Sometimes this is where it ends and all is well from here on out.
More often then not this is where I back out the car and start to close the garage door only to realize I have left my phone, wallet, or freshly brewed coffee (sanity saver) on the counter and have to run back in (I often worry that the neighbors see this almost daily dance and question my mental stability).
The whole ordeal almost always ends with a required few moments of silence to regain composure, slow, purposeful breathing, and a group prayer where we all list things we're thankful for because ... well... we need to be reminded.

I Think I've Discovered The Problem...

It's been over a month since I last dropped in to say hello.
Huh.

Well anyway... I'm back, for the moment. I've had lots of ideas swimming through my head and am hoping to get share some of it here. I think I've discovered my blogging problem. I really enjoy sharing ideas on here. As I've said many times before, I started this blog to document ideas, experiences, and experiments as sort of a personal journal. Ideally I'd sit down for a few minutes a day and jot down what I've done/tried etc.
And the problem is...
The only computer we have is downstairs, out of sight and out of mind, which is great when I'm trying to focus on the kids and the day to day stuff that needs to be done. It is NOT great when I'm trying to keep track of a quick thought. or recipe.
Hm...
Anyone have a laptop they don't need? 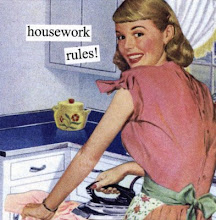 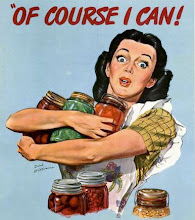